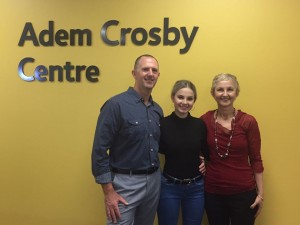 The cancer care unit at the new $1.8 billion Sunshine Coast University Hospital (SCUH) will be named after a former patient and philanthropist.

“Adem’s ability to turn his fight against leukaemia into a movement to aid a greater cause is truly inspirational and his philanthropic efforts continue to benefit thousands of lives,” Mr Dick said.

“Since 2013 the Team Adem Blood Donation Community has potentially saved more than 30,000 Australian lives, the majority being Queenslanders.

“Last year I had the pleasure of meeting Brent and Lu Crosby at the Sunshine Coast Hospital and Health Service’s Staff Excellence Awards and saw first-hand the difference this charity is making to blood donation levels across the state.

“It is very fitting that we name the new cancer care unit in honour of someone who has made such a profound difference to the lives of others and I am proud to be part of ensuring this milestone to recognise, remember and celebrate Adem and the achievements of Team Adem.”

Brent Crosby said this recognition of his son’s legacy was an honour for his family, along with their supporters.

“On behalf of my wife Lu, family, and myself we would like to sincerely thank the Minister and Sunshine Coast Hospital and Health Service for deciding to name this outstanding new cancer care facility the Adem Crosby Centre,” he said.

“Adem never lost sight of the incredible care his medical, nursing and hospital staff provided him and his family throughout his illness. 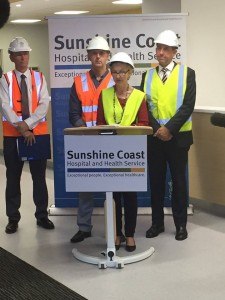